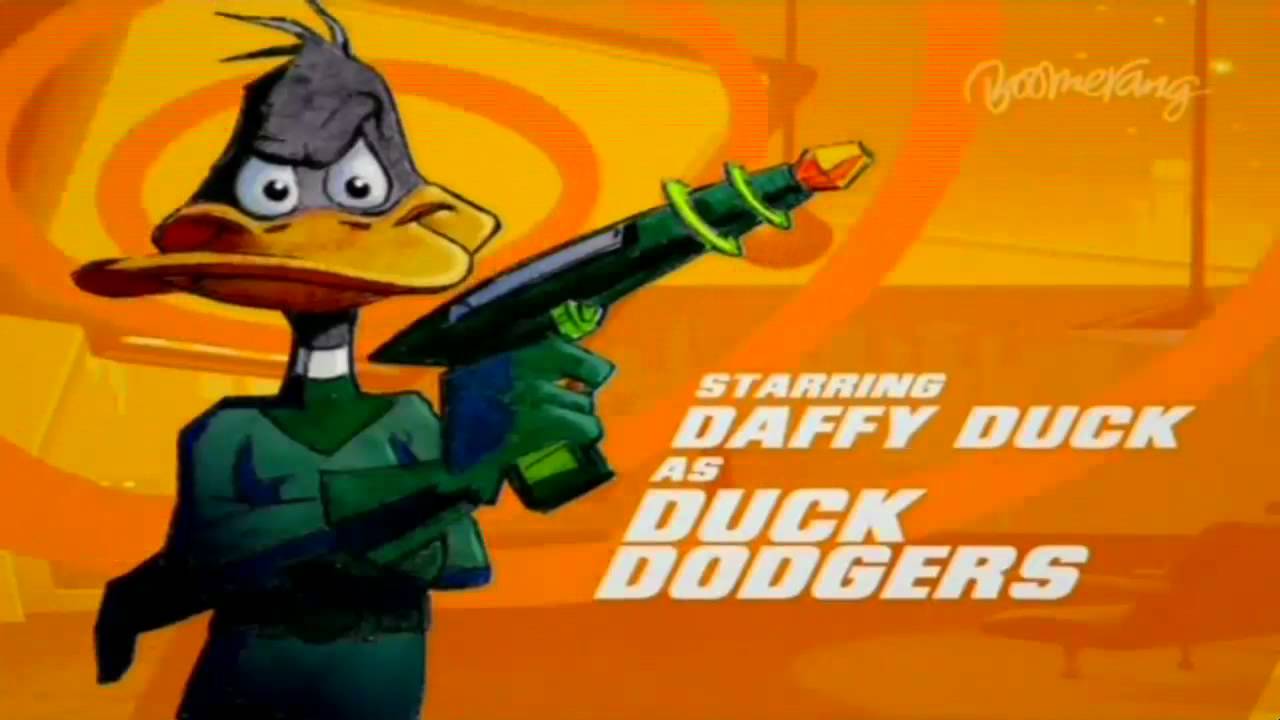 I must admit, I was a bit skeptic about the show when it began its advertising campaign. Whenever the WB tries to capitalize on the old Looney Tunes, the venture usually ends in disaster and seems to be 100% pure recycled gags (e.g. shorts like 1990’s short subject “Invasion of the Bunny Snatchers,” and crap like “Space Jam”). Still I kept hope that it would turn out OK… and, my surprised joy, it did.

Our “hero,” Dodgers, comes out of stasis in the 24th 1/2 century in the midst of a Martian blitz of the universe. Dr. I.Q. Hi (the dude with the light bulb on his noggin) assigns the egomaniac a sidekick – The Eager Young Space Cadet, who is, of course, more capable then his captain. Add a ship, some robots, stir and pour and you’ve got a decent cartoon.

There is a lot to like about this cartoon.

Let’s start with the intro. The theme song is performed by none other then Welsh superstar Tom Jones (“What’s New Pussycat,” “It’s Not Unusual”), giving the lead in that needed campy 70’s feel. And, in a move that can only be deemed as cute, the characters are billed as their Looney Tunes counter parts and not voice actors – i.e. Daffy Duck as Duck Dodgers, Porky Pig as Eager Young Space Cadet, and Marvin Martian as The Martian Commander. A nice touch.

By the way, voices include: As Dodgers – Joe Alaskey, who also gave life to Plucky Duck, Sylvester and Tweety, Grandpa from Rugrats, and Thomas Timberwolf (Chuck Jones’ last project that was playing on the Warner Brother’s website until recently)… to name a few. And new to the Loony Tunes mythos are the Martian Queen and Centurion Robots, voiced by Tia Carrere and Michael Dorn respectively.

The show itself breaks the bounds of the theatrical shorts it’s based on. The plots have a little more depth, and the action isn’t limited to the 1-3 “backdrops” most short subjects were used to; thus allowing more room for humor. The jokes are more in depth too, be it a one-time gag or running one. The humor has also grown up a bit – letting adults in on the fun with Animaniacs/Pinky and the Brain brand subtlety, while keeping the kids amused with falling meteors. Indeed, suitable for the entire family.

The characters have evolved too:

Porky is more active and developed; he is now allowed a snide comment here and there, and is more prone to reactions then his 1950’s counterpart… who merely chimed in from time to time merely to re-integrate Daffy.

Daffy, err.. Duck Dodgers is still a pompous twit, but with a twist – he’s even a bigger jerk now… and I don’t think we’d have it any other way. Still, he too has grown allowing a sympathetic side to show (all be it rarely).

Marvin is still the dinky little Martian with a penchant for blowing up the earth… except now he’s got an armada to help (which doesn’t seem to help). They instilled more personality on the runt, allowing him to be the perfect foil to the dysfunctional duo of Cadet and Dodgers.

As much as I like it, I can’t say it is the most brilliant thing I’ve ever seen; but it certainly is inspired (especially the episode where the heroes grow old real fast), and I’d it say tops most of the junk produced today.

Again, I also appreciate that Duck Dodgers doesn’t go to the well of tired old gags from classic cartoons. I mean those old gags will forever be funny and continue to make us laugh as long as they’re in the original toon, but not in a pathetic remake.

Based on this, I give Duck Dodgers a 5 out of 6 on the arbitrary scale of things.

So go watch it – As of this writing its on Cartoon Network at 11:30am Saturdays, and replays Sundays at 8:00pm… but as always, check your local listings.