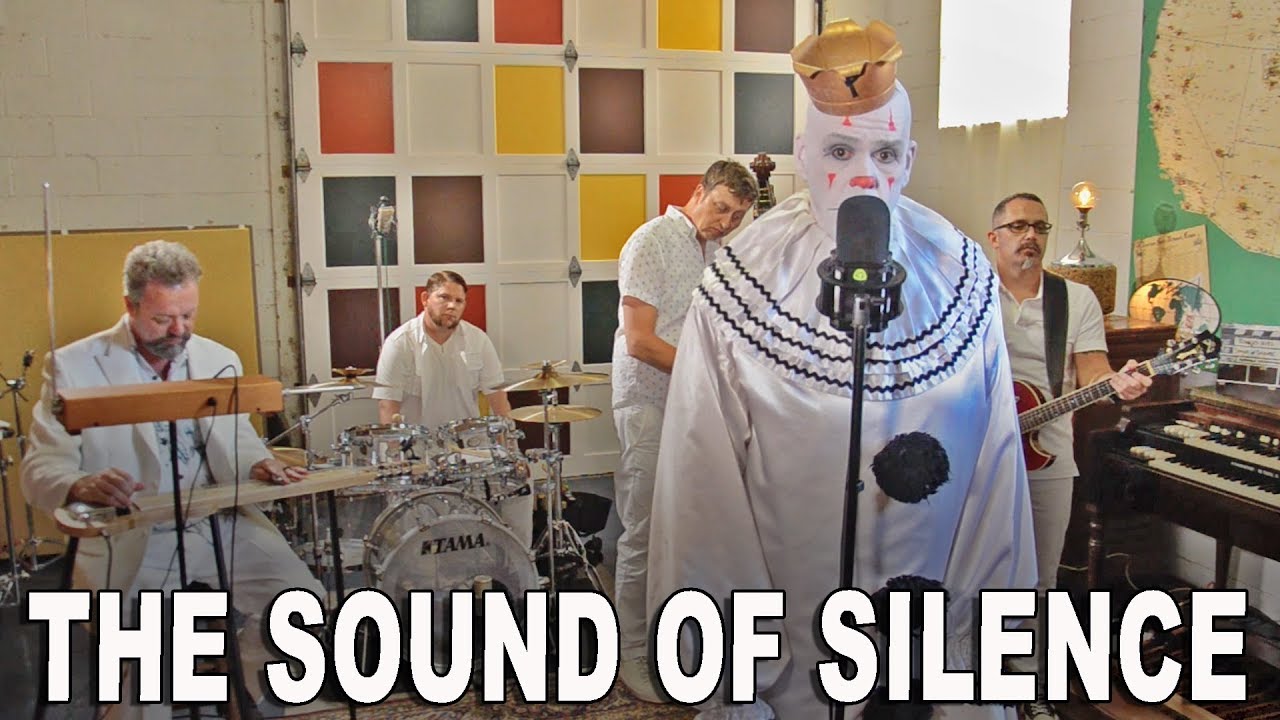 For many, the world met and fell in love with Puddles Pity Party on America’s Got Talent Season 12, whereby he was unceremoniously buzzed by Simon Cowell after his 3rd appearance. Denizen’s of the net knew him well beforehand starting with his 2013 rendition or Lorde’s “Royals” with Scott Bradlee’s Postmodern Jukebox:

In either case, we all knew this had to come! Puddles Pity Party sings Simon and Garfunkel’s The Sound of Silence! Quoth the clown:

You guys asked for it and here it is. I invited my pals from Tongo Hiti to help me out with this one. The Sound Of Silence is a song by the American music duo Simon & Garfunkel. The song was written by Paul Simon over a period of several months in 1963 and 1964. Disturbed did it their way. We did it the way we do it. I ❤️ y’all.

It might be worth noting that Tongo Hiti has a lead singer name Mike Geier that looks and sounds suspiciously like Puddles sans make-up. Just sayin’.

Puddles references Disturbed on his video’s page, and their rendition of The Sound of Silence from 2015. Color me pleasantly surprised.

About the Original “The Sound of Silence”

On March 21, 2013, the song was added to the National Recording Registry in the Library of Congress for long-term preservation along with the rest of the Sounds of Silence album. – Wikipedia