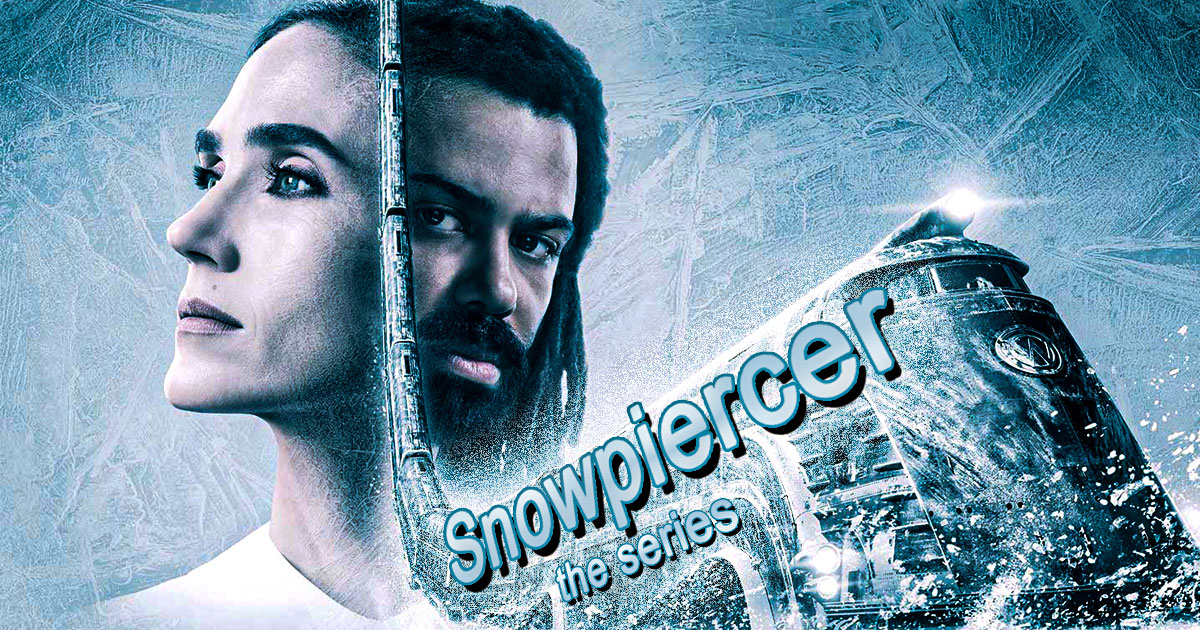 Low spoiler chance, I try to be as vague as possible.

It’s the future. Next year to be exact. Mankind has screwed things up further by trying to fix the things they screwed up earlier, thus turning the planet into one of those round ice cubes you get in a fancy whiskey.

Enter Snowpiercer – a one thousand and one car luxury train ride turned ark intended to save but a select few. Well, an unselect few fought their way aboard and here we are 7 years later in a class warfare standoff.

That’s the basics of story that was a graphic novel, a movie and now a limited series from TNT staring Daveed Diggs and Jennifer Connelly.

I’ve not seen the movie nor read the book so this is all in perspective of just the TV show – and only the first three episodes at that.

Snowpiercer the series is Murder on the Orient Express meets 1927’s Metropolis meets Biosphere2. While the Haves up in first class live the good life and the Havenot refugees suffer in the caboose – the state (Wilford Industries) tries to maintain ecological homeostasis and social order in a series of fragile aluminum and glass tubes circling the earth non-stop.

Meanwhile a murder threatens to throw the whole train metaphorically off course. Maybe even literally, who knows. So the administration, who didn’t see something like this coming, has to turn to one of one of the lower class refugees (who they also didn’t see coming) that turns out to be a detective in the old life.

But neither side’s motivation to solve the crime is what it seems. No one on this train is who they seem. And the passengers are getting suspicious.

This “futuristic” (again, this is all happening in a few months people!) show does a great job using the Art Deco era opulence of the 1920s for the upper cars, and the depression era diesel-punk shanty town aesthetic of the of 1920s for the lower cars, to frame the doing-this-with-the-best-intentions corporate owned quasi-authoritarian feel of the 2020s.

Fun being relative if you like dystopian mirrors on society and trainspotting.

On the New World Otter arbitrary review scale, I give it 9 out of 10 midnight trains going anywhere.

Snowpiercer the series is on TNT in the U.S.A. and on Netflix everywhere else.